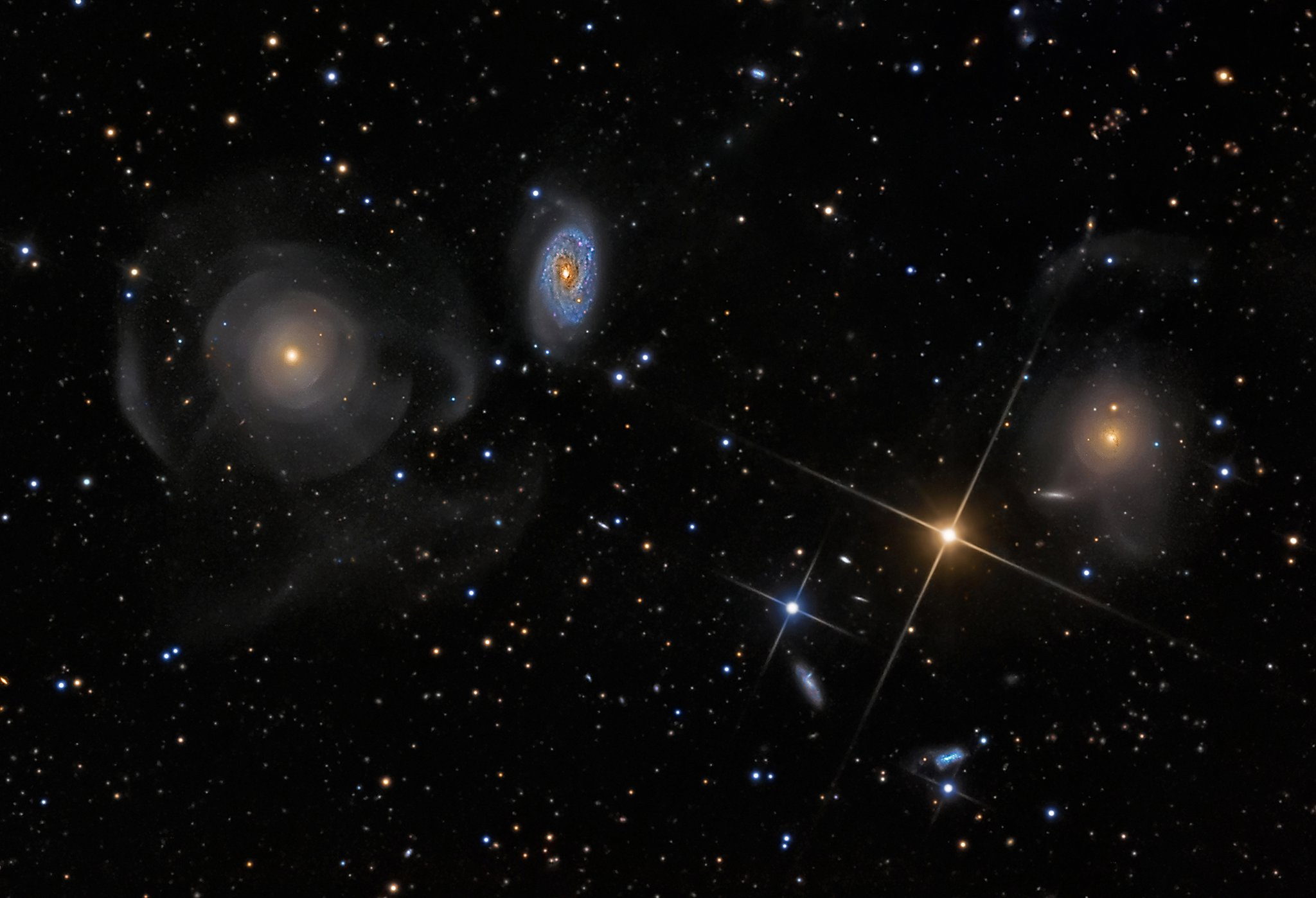 Lemaître’s article, published in French, passed unnoticed until 1931, when it was finally read by Arthur Eddington, who published an English translation. Unfortunately, this version omits the paragraph in which Lemaître established his law of proportionality, see this article for all the details. Meanwhile, in 1929 the great American astronomer Edwin Hubble had published the experimental results he obtained with his collaborators and described a general law, according to which the speed of recession of a galaxy is proportional to its distance. This law, identical to Lemaître’s, with the same proportionality factor, would from now on carry the name of “Hubble’s law.” It forms the experimental basis for the theory of the expansion of the Universe, of which the big bang models are the fruit. END_OF_DOCUMENT_TOKEN_TO_BE_REPLACED

The spawning galaxy in flight is a rainbow trout which goes
back against the flow of time towards the lowest waters, towards the dark retreats of duration.
Charles Dobzynski (1963)

Since the time of Newton, we have known that white light, passing through a prism, is decomposed into a spectrum of all colors. Violet and blue correspond to the shortest wavelengths or, equivalently, to the largest frequencies; red corresponds to the largest wavelengths and to low frequencies. In 1814, the German optician Joseph von Fraunhofer discovered that the light spectrum from stars is streaked with thin dark lines, while that from candlelight has bright stripes. These phenomena remained puzzling until 1859. It was then that the chemist Robert Bunsen and the physicist Gustav Kirchhoff analyzed the light created from the combustion of different chemical compounds (burned with the now-famous Bunsen burner) and saw that each of them emitted light with its own characteristic spectrum.

At nearly the same time, Christian Doppler discovered in 1842 that moving the source of a sound produced shifts in the frequency of sound waves, a phenomenon experienced by anyone listening to the siren of an ambulance passing by. The French physicist Armand Fizeau noticed the same phenomenon with light waves: depending on whether a source of light was moving closer or farther away, the received frequencies are either raised or lowered with respect to the emitted frequencies. The shift becomes larger as the speed of displacement is increased. If the source is getting closer, the frequency grows, and the light becomes more “blue”; if it moves away, the frequency lowers and the wavelengths stretch out, becoming more “red,” with respect to the spectrum of visible light. Since this shift affects the whole spectrum by the same amount, it is easily quantified by looking at the dark or bright stripes, which are shifted together, either towards the blue or towards the red, and it furnishes an incomparable means of measuring the speed of approach or retreat for light sources.

Shortly after this discovery, astronomers began an ambitious program of spectroscopy, with the aim of measuring the speed of the planets and stars by using their spectral shifts. END_OF_DOCUMENT_TOKEN_TO_BE_REPLACED 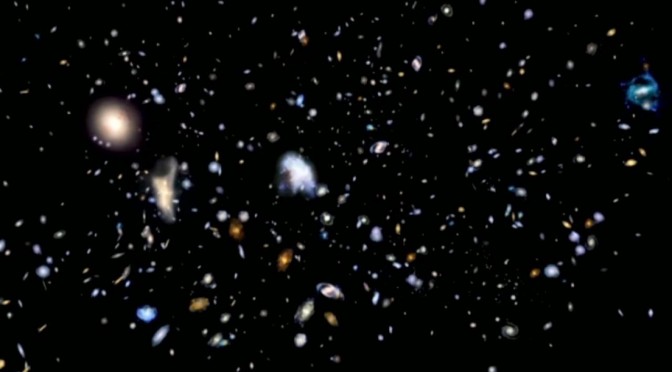 To unravel this paradox, it is necessary to make more precise what one exactly means when speaking of a fixed point. The position of a point is fixed by coordinates: one number for a line (the miles along a highway), two numbers for a surface (latitude and longitude), and three for space in general (length, width, and height). A point is said to be fixed if its coordinates do not change over the course of time. In an arbitrary space, curved or not, the distance between two points is given by the so-called metric formula, which depends on the coordinates and generalizes the Pythagorean theorem. In principle, therefore, the distance between two points does not vary. In an expanding space, on the other hand, this distance grows, while the points do not move, even by a millimeter, meaning that they strictly conserve the same coordinates. These fixed coordinates are known as “comoving” coordinates. In relativistic cosmology, galaxies remain fixed at comoving positions in space. They may dance slight arabesques around these positions, under the influence of local gravitational fields, but the motion which moves them apart from each other resides in the literal expansion of the space which separates them. END_OF_DOCUMENT_TOKEN_TO_BE_REPLACED 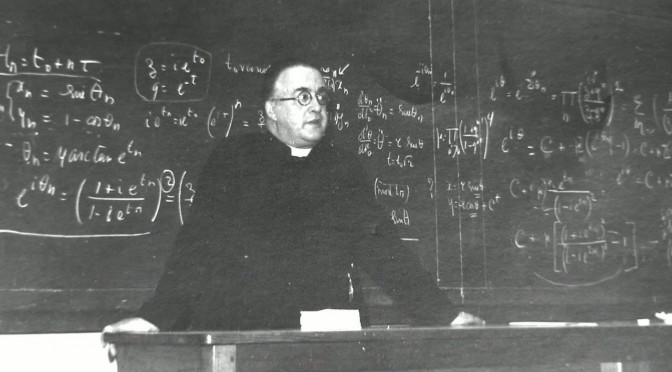 It was Lemaître who solved the puzzle. In his 1927 seminal paper Un univers homogène de masse constante et de rayon croissant, rendant compte de la vitesse radiale des nébuleuses extragalactiques, published in French in the Annales de la Société Scientifique de Bruxelles, Lemaître calculated the exact solutions of Einstein’s equations by assuming a positively curved space (with elliptic topology), time varying matter density and pressure, and a non-zero cosmological constant. He obtained a model with perpetual accelerated expansion, in which he adjusted the value of the cosmological constant such as the radius of the hyperspherical space R(t) constantly increased from the radius of the Einstein’s static hypersphere RE at t = – ∞. Therefore there was no past singularity and no « age problem ». The great novelty was that Lemaître provided the first interpretation of cosmological redshifts in terms of space expansion, instead of a real motion of galaxies : space was constantly expanding and consequently increased the apparent separations between galaxies. This idea proved to be one of the most significant discoveries of the century. END_OF_DOCUMENT_TOKEN_TO_BE_REPLACED