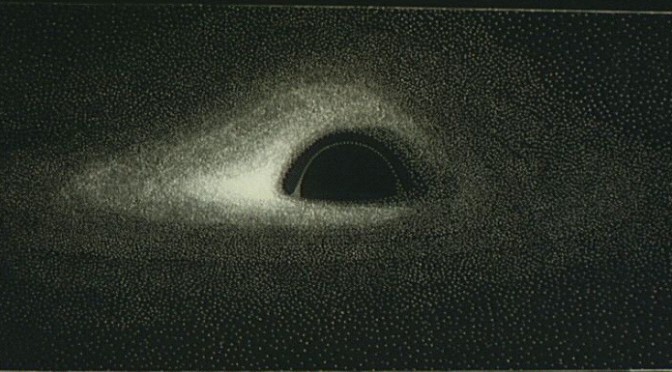 The first one was : 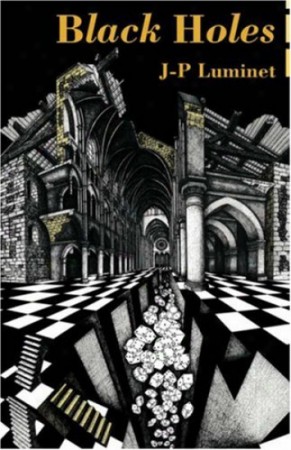 Black holes are the most fascinating discovery of modern astronomy. They have already become legendary, and form the basis of many myths and fantasies. Are they really the monsters of science fiction which devour light and stars? Are they purely hypothetical objects from the theory of relativity or are they an observable reality?
In answering these questions, the author takes us on a fabulous voyage through space and time. He explains how stars are born, light up and die. He takes us into the strange world of supernovae, X-ray stars and quasars. We travel on a journey to the very edge of the universe and to the limits on contemporary physics.
“The amount of information conveyed is impressive. The intended audience is readers with some understanding of physics who are seeking a coherent, accurate nonmathematical overview of black-hole physics and all the astronomical situations that the discipline seems to explain. Also, any student embarking on a serious technical study of general relativity or astrophysics will find the book a first-rate overview of an important part of the story. (…) This is an outstanding work of scientific exposition.” — John Barrow, Nature

Black holes are the simplest things in nature. Attempt to give a complete description of something even as mundane as this page and you would be faced with amazing countless pieces of information about atomic numbers, bindings and so on, together with all manner of large-scale properties such as temperature and size. But find yourself a black hole and there are only three things about it that you can know: its mass, its spin and its electric charge. It is not that the material within the horizon of the hole has no other properties or becomes transformed into some mysterious anonymous form unlike the stuff of the world around us: indeed, nothing at all unusual happens to it on entering the hole. It is simply that these three properties of the totality of material encompassed by the space-time boundary of the black hole are the only pieces of information about the interior that are accessible to outside observers.

This elegant minimalism is one reason for the attraction of black holes to gravitation physicists. But astronomers are enticed by the apparent inevitability of black holes as the final resting places of sufficiently massive stars that have exhausted their reserves of nuclear fuel, and by the seeming ubiquity of black holes in the most interesting places in the Universe. The strong gravitational field gradients surrounding them can liberate quantities of radiant energy far in excess of the energy produced by any other known force. As a result, they are prime candidates to explain a plethora of phenomena in the realm of high-energy astrophysics. There is compelling evidence that black holes lie at the heart of the quasar phenomenon, lurk in the centres of active galaxies, and orbit in tandem with luminous stars whose fragile outer layers are dragged down into the whirlpool of the black hole amidst a flux of tell-tale X-rays.

There have been many books about black holes at a popular low level and there are several mathematical treatises for specialists. In between, there is something of a vacuum. Filling it is a challenge, because black holes are studied in a variety of ways by specialists interested in quite different aspects: some workers are attracted by the clues that these objects give to the intrinsic properties of gravity; others build intricate computer simulations of the collapse of material that leads to their formation; still others seek to model complicated astronomical observations by combinations of black holes, stars and gas. The wide range of expertise required to bring all this together is perhaps why it is rare to encounter a single unified exposition of black-hole properties.

Yet Jean-Pierre Luminet has managed to achieve this synthesis in brilliant style. He is a researcher who is active in the study of many astrophysical features of black holes and his striking simulations of the optical appearance of black holes are presented here in greater detail than ever before (but still without the use of mathematics). His style is lively and engaging, enlivened by interconnections with a wider culture than the purely scientific, and the translators have done an excellent job in reproducing some of the linguistic elegance of the original French. The amount of information conveyed is impressive. The intended audience is readers with some understanding of physics who are seeking a coherent, accurate nonmathematical overview of black-hole physics and all the astrophysical situations that the discipline seems to explain. Also, any student embarking on a serious technical study of general relativity or astrophysics will find the book a first-rate overview of an important part of the story. The treatment is broad and balanced, and Luminet is enviably patient in his determination to explain as much as possible and to make black holes as simple as possible, but no simpler. This is an outstanding work of scientific exposition that can be recommended as a manifestation of the dictum that common sense often leads to surprises and the modest goal of science is simply to make such surprises just a little less frequent.

Black holes have such an air of mystery about them that nearly everyone has heard of them, but how many people really know anything about these fascinating objects? Most of the books that deal with the subject assume that you have a degree in astrophysics or mathematics, so it is a pleasure to read a book that not only describes most of the amazing properties of a black hole, but does it in a witty, lively and easily readable manner. Translated from the French, and written for a general audience, this book deals with the topic in considerable depth, from the most up-to-date theories of the birth of black holes to the final death of the universe, covering along the way white dwarfs, neutron stars, supernovae, relativity, quantum mechanics, spacetime, and active galaxies, not to mention cosmology, white holes, wormholes and time travel! But don’t be misled into thinking that this makes for heavy reading. It doesn’t. The author, who currently researches into black holes, writes in such a way that his passion for the subject is manifest and you can just tell that he wants to share it with you. Throughout the book are many illustrations that serve to enhance and describe topics mentioned in the text, and footnotes accompany nearly every page.

Such is the clear style of the writing, the book can be read at two levels. You can browse through it, reading about topics that interest you, or, and more importantly, it can be read slowly, taking one’s time to really appreciate the often quite deep physical concepts that lie behind the theory of black holes. This doesn’t mean that you have to tackle this book as if it were a textbook. Whichever way you read it, whether you just dip into it, or if you take your time, you will come away with an understanding of these mysterious and awe-inspiring objects, and also begin to realise just how much more work still has to be done for a complete picture of black holes to emerge.

So, whether you are an armchair astronomer or an experienced observer if you only have room in your personal astronomy library for just one book on black holes, then you can do no better than to try this book. Read it and enjoy!

click for chapter 11 in pdf : A descent into the maelstrom 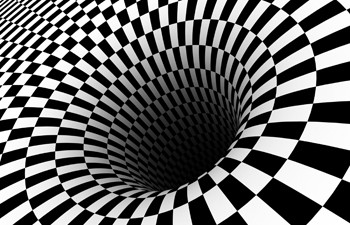